Chief Higdon began his career with the Shively Police department in July 2002 as a Police Officer. He served as a Police training officer for new recruits to ensure they meet the standards to continue as a Police officer. He was promoted to the rank of Sergeant in 2006 and was assigned as the administrative sergeant overseeing the criminal investigations division, communications and training section of the department. He was instrumental in the department reaccreditation in July 2008. In the fall of 2008, he was appointed to the rank of major continuing his duties while taking on additional responsibilities of grant writing and equipment purchases.

During his time as a Sergeant and Major, he was instrumental in partnering with outside agencies to work several campaigns to fight crime in areas in Shively and the surrounding LMPD divisions. He was responsible for the implementation of the in-car video system currently used by the department to ensure accountability of the officers, court evidence and documentation. He is also a trained taser instructor and Police training supervisor.

He is a member of the Kentucky Chiefs of Police Association and a past lodge officer with the Shively Fraternal order of police. He received his degree in Criminal Justice from Indiana Wesleyan University in July 2011 and his master’s degree from the University of Louisville in December 2014. 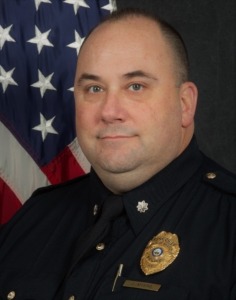 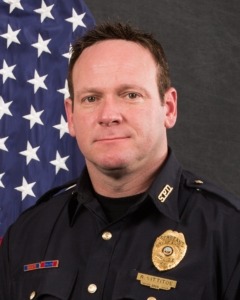 Staff Sergeant Vittitoe started his law enforcement career with the Jefferson County Corrections Department in May of 2000. In March of 2001 he was hired by the Jefferson County Sheriff’s Department and worked there until April of 2005. In April of 2005 he was hired with the Shively Police Department. He attended Ky. State Fire and Rescue training for EMT certification and attended nursing school at Ky. Technical College. He is an ASP instructor and a PTO which is responsible for the training of newly hired officers to the department. He is currently the Administration Sergeant, where he oversees the Communication Division, the Police Training Officer Program and other administrative duties. Staff Sergeant Vittitoe received his bachelor’s degree in Criminal Justice from Bethel University. 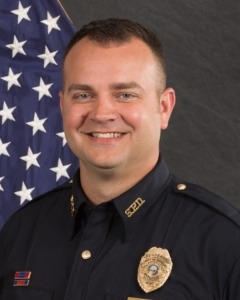 Sergeant Frye started his career at Louisville Metro Department of Corrections in 2006. He became an officer with the Shively Police Department in 2008. He began serving as a Police training officer in 2011. In 2011 he attended the Drug Recognition Expert School with the Los Angeles Police Department. Sergeant Frye is a certified RADAR/LIDAR instructor. He was promoted to the rank of Detective in February 2012 and served in the Criminal Investigations Division. He was promoted to Sergeant in November 2012 where he served as the day shift patrol supervisor. Sergeant Frye is the supervisor of the Criminal Investigations Division, handles Internal Affairs investigations and oversees the property room. Sergeant Frye received his bachelor’s degree in Criminal Justice from Bethel University. 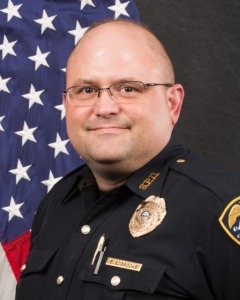 Sergeant Edbrooke began his career with the Shively Police Department in 2002 and was promoted to Sergeant in 2014. He currently serves as the supervisor for the day shift (8a-4p). Sergeant Edbrooke is a certified firearms instructor and armorer. He is also a certified police training officer, where he is responsible for training new police recruits. 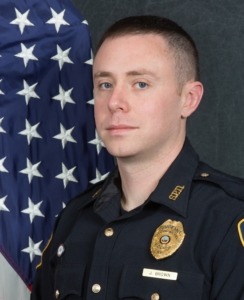 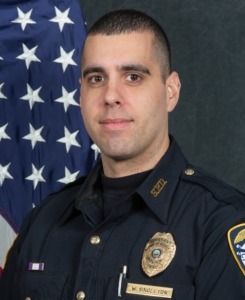 Sergeant Singleton has been with the Shively Police Department since 2010.  He began his career in the patrol division, before being assigned as a Detective in the Special Investigations Division, where he served for five years.  Sergeant Singleton was promoted to the rank of sergeant in 2019 and currently serves as the afternoon shift supervisor (4p-12a).  Prior to his law enforcement career, Sergeant Singleton studied at the University of Louisville, where he graduated with a Bachelor’s of Science degree in Justice Administration in 2008.